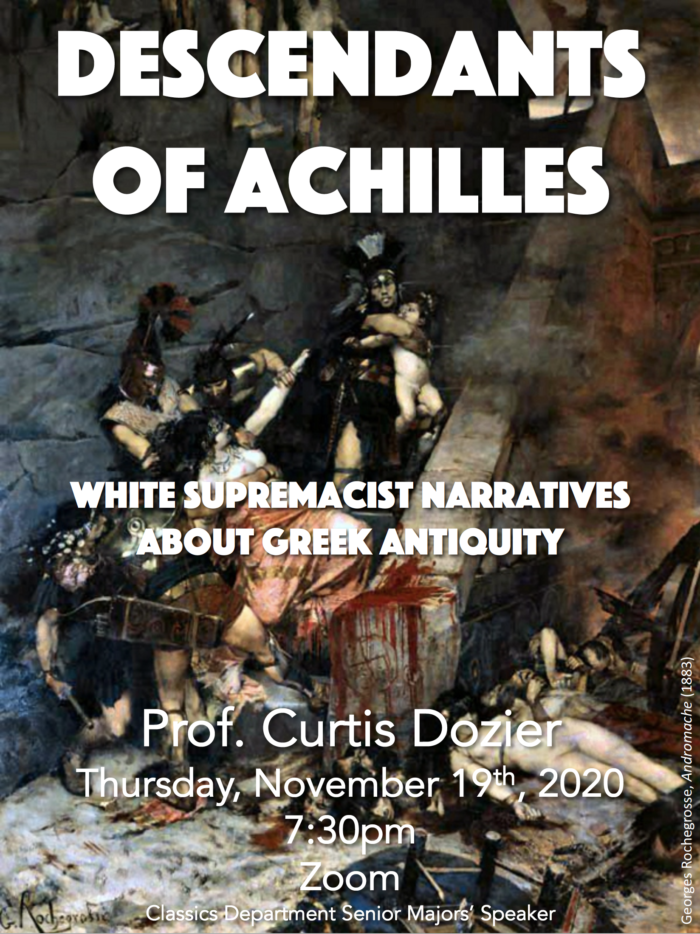 The ancient Greeks are very important to the contemporary white supremacists whose work I document on my website Pharos (pharosclassics.vassar.edu). They regard the ancient Greeks as genetic and spiritual ancestors of modern white people. For them, the philosophical, literary, artistic, and political accomplishments of the Greeks are proof of white superiority. And they find in the disappearance of the classical city-states a warning about the existential threat that they believe white people face in the contemporary world. This lecture will survey the aspects of ancient Greek culture that these groups use to establish these genealogical and ideological connections. Studying such overtly racist assumptions of ancestry, inheritance, and origins throws into sharp relief the often implicit racial politics of the way the study of Classics has often been justified in schools and universities.